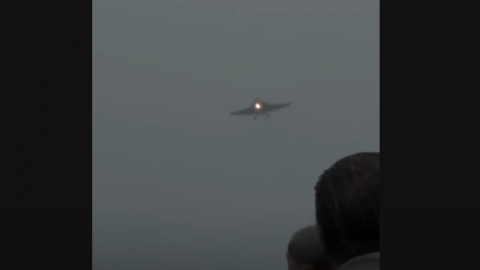 Flying at the highest level

Aircraft carrier landings are already notoriously hard, to begin with. Add in extremely bad weather and it’ll create one of the most chaotic landings you’ve ever seen. This F/A-18 pilot did just that, even with visibility so bad you can’t see the full length of the flight deck.

While the deck crew was scrambling to give out instructions, you could see a tiny bit of light from the Hornet. The aircraft proceeded to descend while making small adjustments until it finally touched down. It somehow landed perfectly – or as perfect as it gets in this weather – as the deck crew looks on.

There’s no doubt that this was one of the best landings we’ve ever seen under these circumstances. That F/A-18 pilot deserves a raise!