Declassified Films Prove How Wrong Scientists Were About Nuclear Detonations 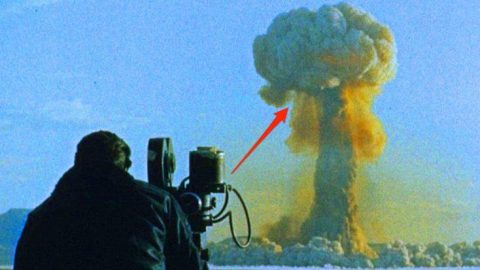 After the fall of Nazi Germany and Imperial Japan at the end of WWII, the United States realized they had a bigger threat on the horizon Soviet Russia. So began the Cold War an arms race for greater and more destructive weapons to establish Russia or America as the true superpower. Without a doubt, the most powerful of these weapons were the nuclear arsenal developed by these countries which were developed and researched in great detail. Now over 70 years later one scientist is questioning the results of those nuclear studies.

Recently the United States Military declassified a large number of films which recorded nuclear detonations. Many of these films had begun to decay over the years so the race to preserve and study this footage was on. The techniques for studying nuclear explosions back in the 1940s was still in its infancy but research has evolved quite a bit over the years. Weapons Physicist Greg Spriggs has examined the films found that many of the reported nuclear studies may have in fact been wrong.

“We found that some of those yields could be off by as much as 20 or 30 percent.”