Distinct Reason Why Japanese Biplanes Were Deadlier Than Advanced Fighters 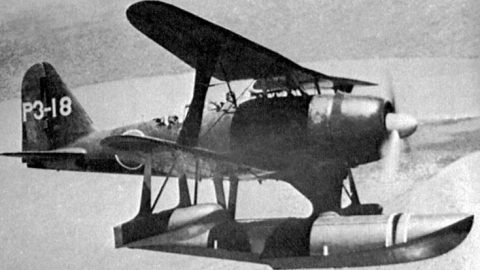 If It Ain’t Broke.

In the later parts of WWII, an assault on the Japanese mainland was imminent as the United States prepared for an invasion. American battleships were positioned nearby to attack, but this made them vulnerable to kamikaze attacks from Japanese planes. Fighters were made ready to defend the large vessels but the Japanese launched successful attacks using biplanes. There was a key element that allowed these successful kamikaze attacks from biplanes, they were able to evade radar detection.

The term “flying under the radar” applies here because the Yokosuka K5Y biplane was able to fly low and slow where radar does not pick up traces of planes because it aims higher. The destroyer USS Callaghan was actually sunk by a K5Y biplane in a kamikaze attack while avoiding its radar.

“The [USS Callaghan] sunk two hours later. Other destroyers and small LCS (Landing Craft Support) ships at the same picket station picked up survivors from the sinking destroyer and from the water covered with fuel oil. Callaghan lost 47 men in the attack and became the last ship and the 14th destroyer sunk by kamikaze planes during WWII.”

The Japanese began to increase their use of kamikaze attacks during the final phase of the war as times became desperate. These attacks were successful to a degree but in the end, even lethal kamikaze attacks to could deter the bombings that would lead to Japan’s unconditional surrender.