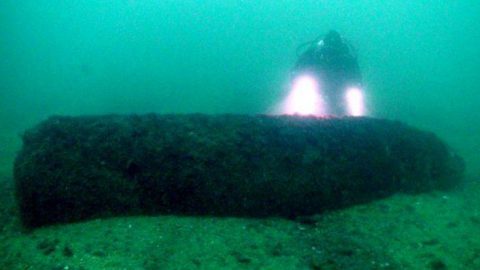 Blast From The Past.

Divers in the United Kingdom enjoy venturing off the coast of local beaches in search of rare marine life and archaeological relics. But just recently some divers came upon the wrong kind of archaeological relic, a true blast from the past. The unidentified bomb is roughly 8 feet in length and does pose a serious threat to an area that is populated by many marine vessels. 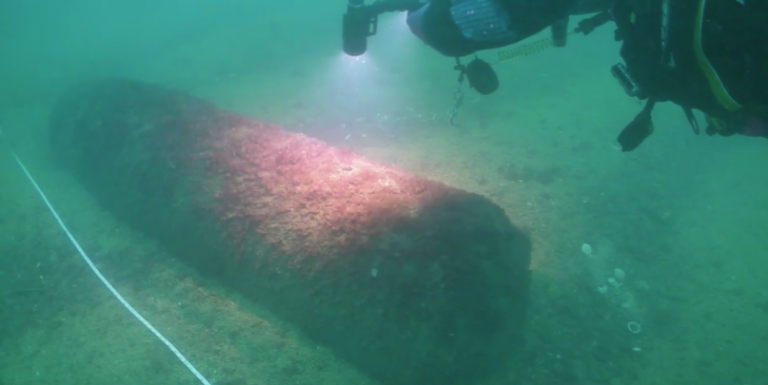 The United Kingdom is no stranger to undetonated WWII bombs after countless raids from German bombers during the Battle of Britain. The sight of a 10-foot long incendiary bomb came as quite a shock to the divers but it could have been worse, it could have been found in a residential area. A bomb squad is being dispatched to the area to dispose of the giant bomb safely and successfully.

“Keeping vessels clear of the area as a precautionary measure.”

While a bomb sitting on the seafloor isn’t much of a risk to anyone the rusting case could break apart and potentially hurt sea life or damage passing ships. It is a better safe than sorry situation to destroy the bomb before it destroys anything else.