Officials Reveal Cause Of B-2 Emergency Landing 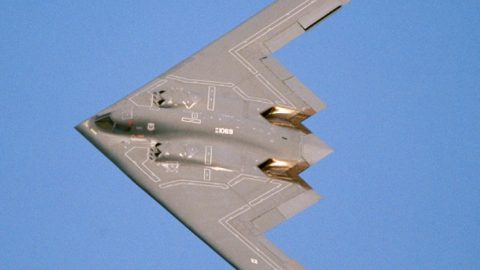 The Northrop Grumman B-2 Spirit is among the most intricate aircraft ever developed. Despite the extraordinary design of the aircraft, there are things that can go wrong with the legendary stealth bomber. Recently, a B-2 was forced to make an emergency landing, at first the details were unknown the truth has been revealed.

Sometimes you need luck as an aviation photographer. I happened to be in Colorado Springs on the day a B-2 from @Whiteman_AFB is forced to make an emergency landing there. Here it is on the platform at @PeteAFB. #B2 #Stealth #Emergency #ColoradoSprings #EngineFailure pic.twitter.com/aqCbp4ZYtP

Sources claim that the B-2 Spirit was forced to make an emergency landing following its departure from Whiteman Air Force Base. The stealth bomber was spotted at Peterson Air Force Base, which caused quite a stir due to the fact that only operate out of four designated bases around the country. After touching down the B-2 crew claimed that one of the engines had lost power, causing the crew to take immediate action.

“Our aviators are extremely skilled; they’re trained to handle a wide variety of in-flight emergencies in one of the world’s most advanced aircraft and they perfectly demonstrated that today.”

Fortunately, neither of the crewmen were harmed during the incident and the B-2 is without any extensive damage. The other three engines appear to be fine, but it is better to take the safe action rather than risking the loss of this aircraft.