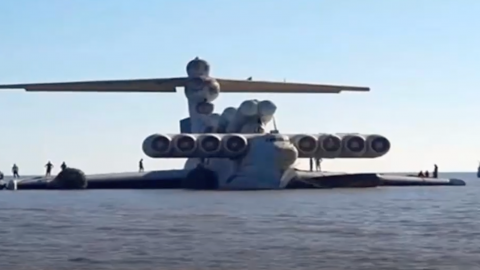 Is the Russian sea monster back? According to some Russian media reports, it seems like this behemoth is set to make a comeback either 2022 or 2023, at least for flight testing. This version of the Ekranoplan would be more of a resupply and search-and-rescue design, to carry out missions in the Artic . The aircraft with the wingspan of 233ft, was originally designed to deal with rougher seas rather than a smaller aircraft. This is a low-flying plane that almost operates as a flying boat if you will, not a high flying plane. It’s 600 tons.

Here we have a video that will explain all the upcoming details of this Ekranoplan version: