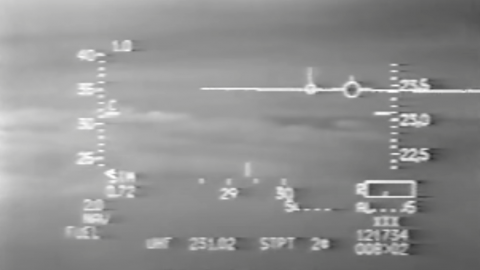 This was recorded on January 19, 1991 – the opening days of Operation Desert Storm. It’s an intense and pretty insane video of a U.S. Air Force F-16 pilot during one of the largest daytime raids on Iraqi military targets. He had to dodge six missiles and with his heavy breathing, he was clearly struggling to make it out of there alive.

At the 3:00 mark in the clip below, there are warning beeps alerting him that a missile was locked on. It may be grainy and definitely not the best quality but there’s no mistaking the tension and stress the pilot’s under. They don’t have the easiest jobs.