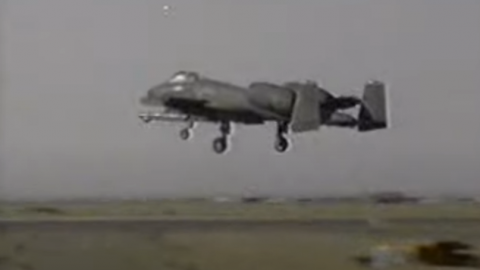 One of the reasons why the A-10 Warthog is popular among pilots and aviation enthusiasts is because of its high survivability and it’s effective in getting them home even when the aircraft is badly damaged. It’s a tough plane for sure that has proven itself over and over again.

In the 1990s, Brigadier General Bob Efferson was an A-10 combat pilot during Operation Desert Storm. He was also the commander for the 354th Tactical Fighter Wing and experienced the most intense battles. In January 1991, his A-10 Warthog sustained massive damage but even so, it managed to get him home safely.