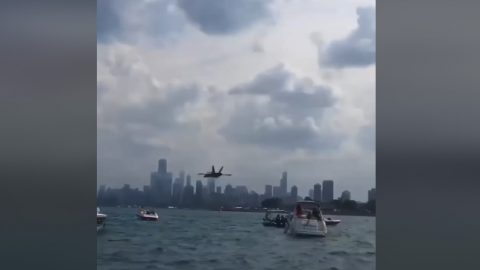 Now that is just showing off! That F-18 really wanted to put on a show for the boat owners with that flyby.

The cameraman even flinched when it got too close to him. He was not expecting the power those F-18s can produce when up close. To be fair, nobody is expecting to encounter a multi-role combat jet flyby while relaxing on their boats.

Like relaxing on their boats wasn’t enough leisure time, they also got an impromptu air show by the looks of it. They should count themselves lucky to see an F-18 that close to flyby. Hopefully, their ears are fine after that. This plane can reach Mach 1.8 speeds if needed.