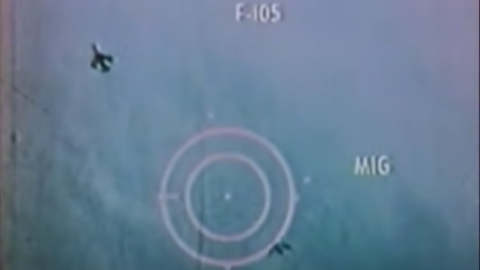 Not Built For Dogfights

That MiG-17 was being way too overzealous trying to chase the Thunderchief. The unrelenting MiG chased until it couldn’t. When it decided to stop and fly away for safety, it was already too late.

An American F-4 Phantom had already locked in on the MiG-17 and let go of its AIM missile. The opposing pilot had nowhere else to go and the F-4 gets another kill tallied.

Take it from General William Momyer:

“Most of our kills were made with missiles, and in fact, 57.5 percent were made with Sparrows. Navy fighters, on the other hand, made almost all of their kills with the Sidewinder.”

Somehow, an aircraft that wasn’t built for dogfights proved to be serviceable in those settings due to its speed, maneuverability, and missiles. Watch an F-105 and an F-4 down MiGs in the video below.