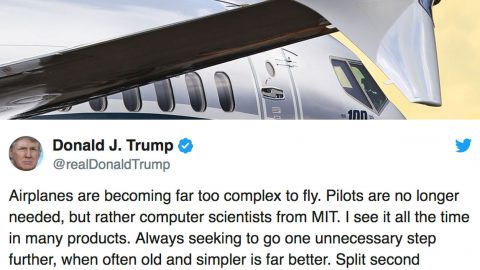 In the wake of the latest tragedy (second one in 5 months) involving a Boeing 737 Max 8, several countries have immediately put a ban on flying the aircraft until investigations are concluded. Ethiopia, Singapore, and China first pulled out from flying the aircraft but now bigger travel hubs such as France, Germany, Ireland and Australia followed suit. In the latest development, the United Kingdom grounded all their flights as well as other countries which are listed below.

Trump’s Take On It

After only a day, the United States followed suit by also grounding the new Boeing aircraft until the problems are sorted out. A smart move, as the country has one of the safest track records for commercial flights.

In Consultation with the FAA, NTSB and its Customers, Boeing Supports Action to Temporarily Ground 737 MAX Operations: https://t.co/YGgmgAZK3O pic.twitter.com/5bnxevuzlD

As you can see in the Tweet above, Boeing is confident their aircraft are safe but are willing to work with the Federal Aviation Administration to prove it. President Trump, however, has a problem with the entire system and how aviation has changed over the years. This can be clearly seen in the Tweets below.

Airplanes are becoming far too complex to fly. Pilots are no longer needed, but rather computer scientists from MIT. I see it all the time in many products. Always seeking to go one unnecessary step further, when often old and simpler is far better. Split second decisions are….

….needed, and the complexity creates danger. All of this for great cost yet very little gain. I don’t know about you, but I don’t want Albert Einstein to be my pilot. I want great flying professionals that are allowed to easily and quickly take control of a plane!

Acting like an aviation engineer himself, he says aircraft are getting too complex to operate. Although we do understand the underlying point that fly-by-wire is taking over many of the pilots’ tasks, to say our current pilots aren’t trained well enough to fly and that the systems are actually dangerous is quite erroneous.

As aviation fans, we’re eager to hear your take on his stance. As stick-and-rudder kind of guys, you folks have a greater understanding of flight than the common folk. Let us know what you think in the comments section.