Family Surprises Marine With Rifle He Used In WWII 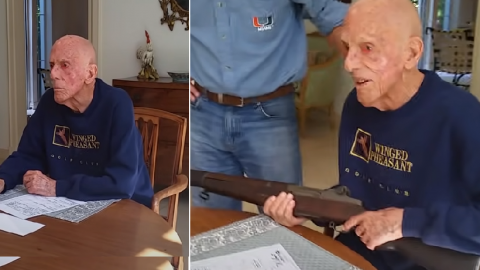 A Family’s Gift To A Hero

A Marine who served in World War II was reunited with the actual rifle he used when his family traced it down using the Internet. According to the veteran’s son, there are websites that actually show when and where these type of guns were issued, and also when they were manufactured. After many months of research, they were able to track it down from a guy who lived in New Jersey.

One really interesting part of the video if you listen closely, since the gun was in such good shape after the war, it most likely also saw action in the Korean War. What an amazing event where a Marine is able to be reunited with his rifle after 71 years period keep in mind, this was filmed in 2017.

Reunited and it feels so good!