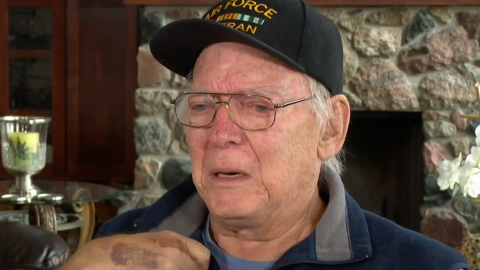 Kyle Gowin was just 21 years old when he landed in Vietnam as a medic. There was a time when his unit was surrounded and they needed desperate help. He called in an airstrike and that’s when Air Force pilot Clint Richards dropped bombs and allowed his unit to escape certain death.

But one day almost 50 years later, a woman moved in next door. Her father Clint came to visit, wearing a Vietnam Vet hat and noticed Kyle wearing the same kind of hat. That’s when they came to talking about their experiences during the war and discovered it was each other who were on the radio that day.