After 70 Years, Medal Of Honor For Army Ranger Who Led 60 Men In Korean War 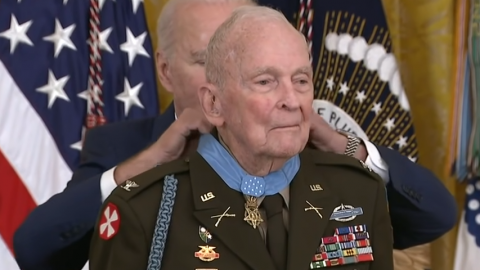 “The intelligence briefing indicated that there were 25,000 Chinese troops in the area,” Biden said at the ceremony. “[Puckett] believed in the fundamentals. It was how he trained his men, and how he had hand picked them, chosen from the ranks of cooks, clerks, and mechanics to [become] the first Ranger company since World War II.”

Throughout the attack, Puckett was injured three times.