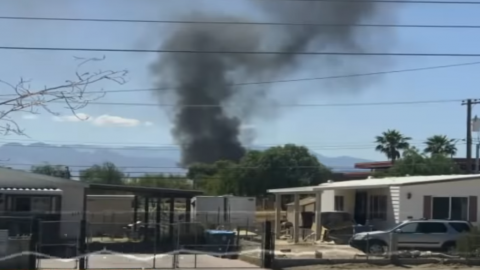 The Pilot Has Died

On May 24, Monday, a Dassault Aviation Mirage F1 crashed around 2:30 p.m. PT near a Las Vegas neighborhood after it took off from Nellis Air Force Base. Federal and local first responders rushed to the scene.

The aircraft was owned and operated by a Florida-based company, Draken US, which provides “adversary air support to Nellis Air Force Base”. The pilot, who was the sole occupant of the F1, has passed away. His name was not released to the public immediately.

Draken US is cooperating with the authorities to determine the cause of the incident. Meanwhile, there were no injuries reported on the ground.