Firing TWO .50 Cal Rounds out of a Shotgun at the same time 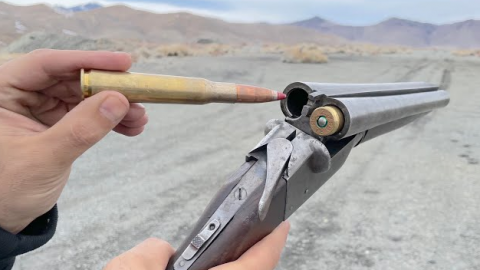 Fire In The Hole

These guys are having way too much fun firing his grandpa’s sawed off shotgun from World War I. Almost halfway through the video, he then used .50 BMG which is well, what we all came to see. Using an old, trusty duct tape and string, that’s the whole set-up. So what happens next? We won’t spoil it for you, you’re gonna have to watch the results and in slow motion too.

The .50 BMG is a cartridge which was made for the Browning .50 caliber machine gun. It officially entered service in 1921 and the cartridge was then developed into many variants.