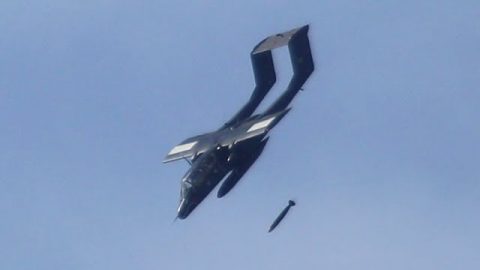 The siege of Marawi was an armed conflict that happened in 2017 between the Philippine government and the Islamic State. The ISIS-linked forces made their way into Marawi and took hold of the city for five months. During those months, frequent bombings and gunfights were done by both sides.

Broncos were used by the Philippine Air Force for their counter-insurgency operations. The PAF had more than 40 OV-10s at one point thanks to the US and Thailand Air Force. These planes were used in air strikes against other Islamic State attacks and have reportedly been modified to deploy modern smart bombs.

In total, 978 militants were killed in action while 12 were captured. Meanwhile, 168 government forces were killed and 1,400 were wounded. 95% of the main battle area was completely leveled to the ground. It was the heaviest urban fighting in the Philippines since WWII.