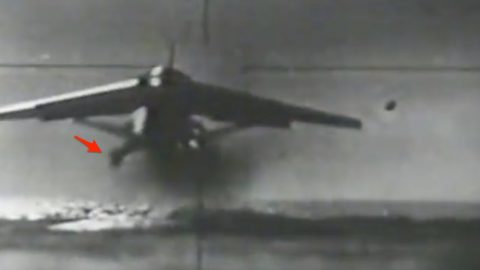 Pilots Loved The Crusader But…

The Vought F-8 Crusader was a good plane with some amazing capabilities. Only a handful of them were lost to enemy fire in Vietnam. However, the Crusader had one major flaw – it was absolutely terrible when it came to landing on aircraft carriers.

The Crusader had poor recovery from high sink rates. Its castoring nose undercarriage was also poorly designed, making it hard to steer on deck. For a safe landing to happen, the carrier would need to steam ahead at full speed so that the Crusader could lower its speed. However, this would also cause the oil-burning carriers to blow out thick clouds of black smoke. Both those on the flight deck and the pilot would have a difficult time navigating through bad visibility.

Overall, 1,261 Crusaders were built. Of those, a staggering 1,106 had experienced landing mishaps. In the video below, you’ll see a few such instances.

The first shows the Crusader coming in too low from the start and in the last, you’ll see that the gear breaks altogether. Hats off to all the brave Crusader pilots because that sure looks overwhelming!