Four B-52 bombers arrive in the UK 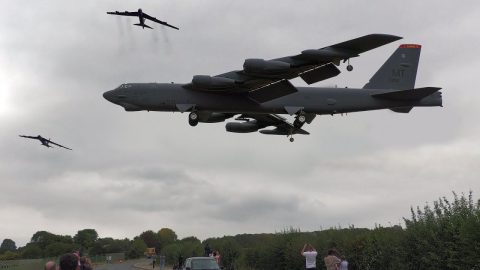 Four B-52s arrived in Europe a week ago in an attempt to strengthen America’s link with its NATO allies and partners.

The B-52 crewmen will have to reside at RAF Fairford, England in the meantime. There are still no updates as to when the crew is able to go home under the circumstances.

According to the USAFE commander, General James Hecker, missions like these help the United States in its combat readiness while promoting interoperability and demonstrating global power along with allies.

Matter of fact, these missions are carried out with other countries doing the same thing. On this occasion, Norway and Swedish Air Forces will operate side-by-side with the American B-52s to solidify training and cooperation.

The Threat of Russian Expansion

It’s not hard to figure out why NATO has been cranking up its presence in Europe. The effects of the Russian invasion of Ukraine are felt by their neighbors and the whole of Europe.