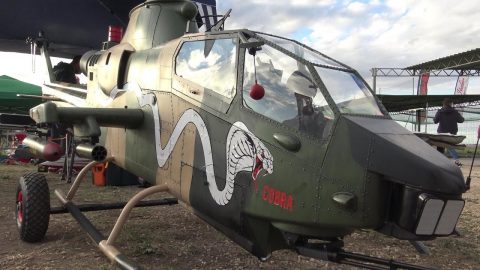 This giant RC scale model of the AH-1 Cobra looks as good as advertised. The designers did not skimp on its decals at all. The paint looks great and the cobra decal on the side is just stunning to look at. Its pearl white cobra pops out on top of the camo paint.

The addition of the pilot and co-pilot is a nice touch as well. The pilot even had a map of Germany, though it wasn’t used at any point against Germany. The real version was introduced back in 1967 and developed around 1965. Still, this helicopter’s design aged pretty well.