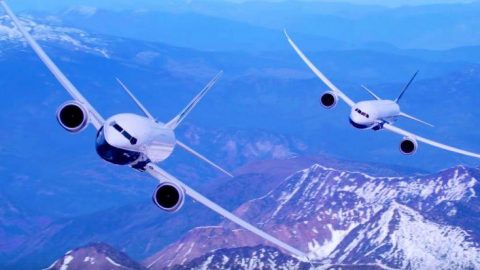 You wouldn’t think that planes so big would also be so aerodynamic but the 783 Dreamliner and 737 MAX defied expectations. The pair of Boeing airliners delivered such an amazing performance at the Paris Airshow that they managed to exceed orders from their rival Airbus for the first time in five years.

Aside from the size of these Boeing planes, their rate of climb and incredible handling in the air makes them something to talk about. Boeing has a released a video of these planes soaring in tight formation over beautiful scenic mountains. Planes formed up this tight really is something you would expect to see in fighter planes, but not with huge airliners.