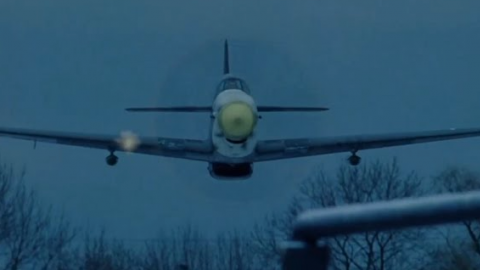 Hart’s War is set in a German prisoner of war (POW) camp during World War II. It followed the story of U.S. Army intelligence officer First Lieutenant Thomas Hart, played by Colin Farrell, who was captured by the Germans. While on a train on his way to a POW camp at Hemer, Germany, they were attacked by a P-51. POW was written at the top but unfortunately got covered by snow.