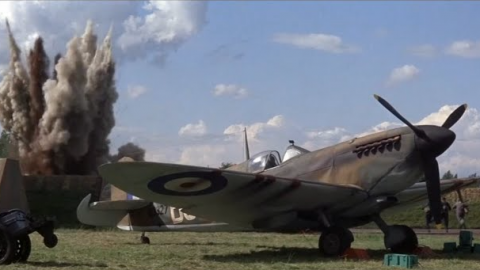 Directed by Guy Hamilton, Battle of Britain aimed to be as historically accurate as possible. It was generally faithful to the actual events and featured some of the most respected British actors.

With a budget of $14 million, 100 aircraft were employed during production including Spitfires, Hawker Hurricanes, a Spanish-version of the German Heinkel He 111H-16, and Messerschmitts. It’s a spectacular movie especially with its flying sequences and because they used actual aircraft, subsequent films, TV series and even documentaries utilized Battle of Britain‘s stock footage.

No matter how good the film was though, critics weren’t too impressed with it.