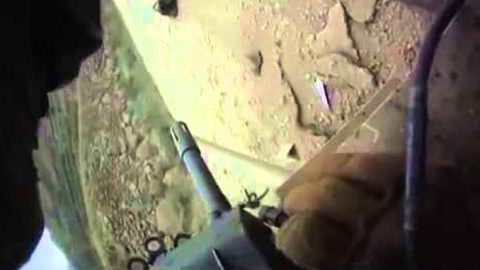 “I hate war as only a soldier who has lived it can, only as one who has seen its brutality, its futility, its stupidity.”

War is hell, as anyone who has endured it will tell you. The depictions that the public sees on the media are usually the triumphant victories and medals being pinned on heroes. But, they usually do not see the suffering and the brutality of war and worse the soldiers who suffer for these victories.

A group of soldiers traveling on humvee felt the effects of war at its worst. Kandahar, Afghanistan is a hotbed of terrorist activity and the American soldiers take up the responsibility of curbing those who would do evil. However, the actions of the American troops essentially paints a bullseye on their heads.

The humvee the soldiers were traveling on hit an IED and crashed killing two soldiers and severely injured several more. The film is brief but horrible as the soldiers echo their cries of pain crushed under the weight of their shattered vehicle.