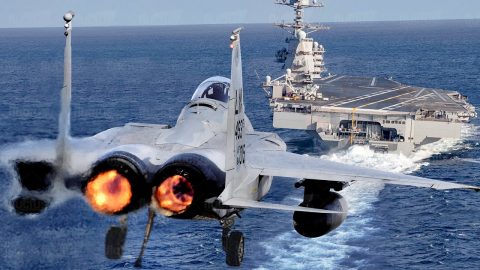 However, it didn’t take long for its issues to stand out, prompting the Navy to find a replacement. They decided to navalize the F-15 Eagle as an alternative to the costly and riskier Tomcat.

To do this, McDonnell Douglass planned to use foldable wings to conserve as much space as possible. In addition, they would redo the landing gear to accommodate the violent landings and make way for a stronger tailhook. On paper, the F-15N would have had a higher rate of climb, max speed, and combat range than the F-14.

Unfortunately, it was riddled with issues as well. The F-15N’s weight significantly impacted the aircraft’s performance, leading to its cancellation.