How New Aircraft are Cruelly Tested Before Being Sold to Airlines 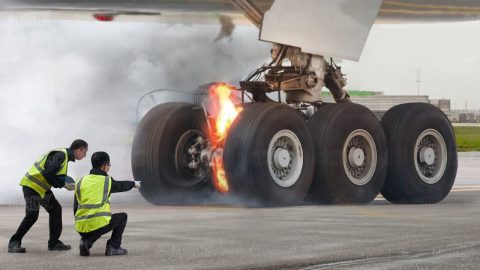 Before any aircraft can be approved for commercial or military use, the companies behind its design rigorously test the models to ensure safety and establish limitations.

An example of this is the Velocity Minimum Unstick test. Here, the lowest possible take-off speed at the maximum angle of attack is determined. This is done by performing several take-offs with the tail bumper scraping the runway during the end of the ground acceleration phase.

Another example is the Water Trough Tests which aims to check engine behavior and performance after water ingestion. In this test, the aircraft takes off and lands on a water-filled runway.

Aircraft are also subjected to extreme weather conditions before they are rolled out. They are tested in icy areas, fitting the plane with sensors to check how its landing gear, engines, and electrical systems would react in these types of conditions.

Though these tests may seem extensive, these companies are doing it in the name of safety. After all, hundreds of lives are on the line every time one of these planes is flown.