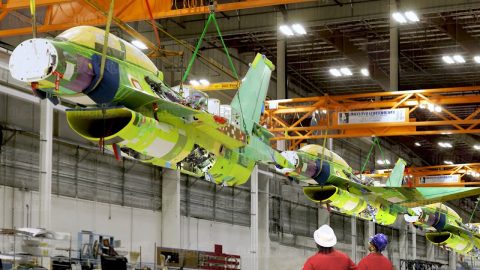 Furthermore, the state-of-the-art facility has a mile-long production line. Instead of an assembly line, aircraft are assembled at specific stations around the facility.

Each station is responsible for a different system component or process. While in assembly, the aircraft is covered with a protective coating to prevent corrosion that might lead to premature failure. Aircraft components are also given different color coatings to make it easier to distinguish from other parts.

The facility is also relatively near Shaw Air Force Base and McEntire Joint National Guard Base. Today, the factory has evolved into an F-16 Center of Excellence, giving the F-16 full life cycle coverage.