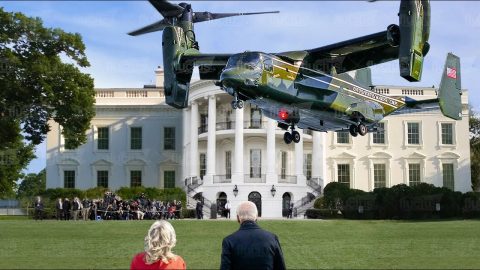 Everyone But The President

MV-22 Ospreys transport White House staff, the Secret Service, and even media members. However, they’re not allowed to take the US President as a passenger.

One of the Osprey’s selling points is its tilt rotors which allow long-range and high-speed flying. Nevertheless, the cons still outweigh the pros.

If the President used the MV-22, its large rotors would produce a strong down blast that would damage the White House’s south lawn. They would also have to cut down trees to make room for their rotors. Moreover, in complete engine failure, emergency landings are not likely survivable.

Most importantly, the Osprey has had thirteen hull-loss accidents that claimed 51 lives. Four crashes during the testing phase also resulted in 30 fatalities. Since 2007, it has had eight crashes and many more minor incidents.