Inside US Futuristic $400 Million Stealth Ship Patrolling the Sea 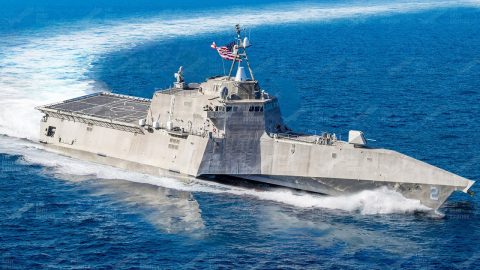 A Price To Pay

As expected, these ships can leave a dent in the US’ pockets. The Independence-class littoral combat ships cost around $360 million to procure.

Its hull is specifically designed to achieve high speeds. The Independence-class ships can reach speeds of up to 47 knots or 54mph.

There are about 40 core crew members aboard the ship. In certain missions, an additional 35 sailors are commissioned. The kitchen crew provides the sailors with 4 hot and delicious meals a day.

These drills are done regularly for a reason. During the drills, the crews are taught to use the direct attack method to put out fires on deck. They are also familiarized with fire proximity suits that let them approach fire safely.

The bridge is considered the nerve center of the ship. Instead of a Combat Information Center, these ships have an Interior Communications Center.