Intense Preparation of $4 Billion Worth of US Giant Stealth Aircraft 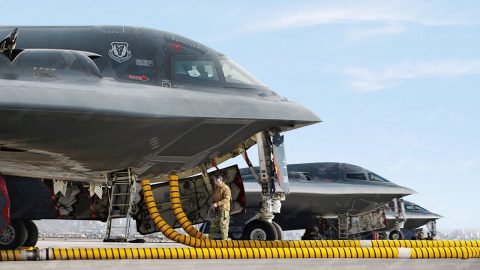 The iconic B-2 Spirit strategic bomber entered development under the Advanced Technology Bomber project in the late 70s. As such, these bombers can be pretty pricey to maintain, with the cost coming in at around $41 million each.

In addition, overhauling the stealth bomber costs $60 million on average and is routinely done every seven years. During the process, the aircraft’s paint, panels, nuts, bolts, and frame are all stripped off by hundreds of workers.

It is estimated that the B-2 requires 50 to 60 hours of maintenance with every hour of flight time. If you think that’s too much, then you’re not alone. An analyst at the Center for Defense Information once called the B-2 Spirit the “ultimate hangar queen” for its dire need of constant repairs.

Regardless, the B-2 is still regarded as one of the greatest achievements in military technology since the atomic bomb.