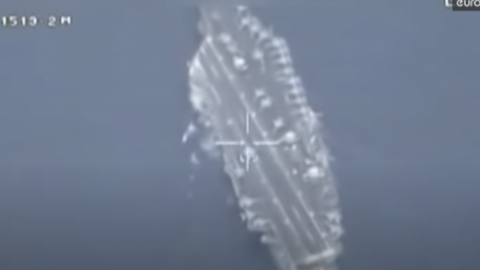 In January 2016, an unarmed Iranian drone flew over the USS Harry S Truman and another aircraft carrier from France, the Charles de Gaulle in the Persian Gulf and took “precise” photos as part of its naval drill. Both ships were operating in international waters. Cmdr. Kevin Stephens, a spokesman for the US Navy’s 5th Fleet, called the flight “abnormal and unprofessional”. They did not open fire because it was unarmed and posed no threat to the ship’s safety.

Meanwhile, the commander of Iran’s navy Admiral Habibollah Sayyari called it “a sign of bravery”. The footage was published by Iran’s state television.