Iran’s “New” Fighter Might Not Be So New After All 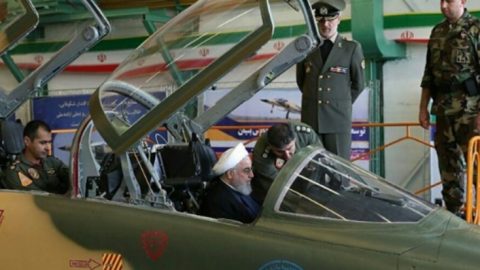 Recently Iran debuted their first domestically-produced fighter jet called Kowsar. This fighter jet debuted more with a whimper than a bang because experts were not exactly impressed by the fighter. However, some military experts have stepped forward claiming that Iran’s jet isn’t as new as they claim to be.

For years Iran has been restricted from purchasing fighters due to sanctions from others nations. So they turned to their own engineers to create the Kowsar in an attempt to show their military might. But it is fairly obvious that the Kowsar is merely a Northrop F-5F Tiger II from the 70s.

“They are developing their own indigenous capability — but that is a long way from designing, certifying, and manufacturing their own aircraft, and that does not look to be the case in this particular set of images that have come out.”

It is nothing new and really nothing to worry about because it is very much a flying brick by today’s standards even if the avionics have been updated. At least Iran shows that they have the capability of catching up with what the rest of the world was able to produce nearly 50 years ago.