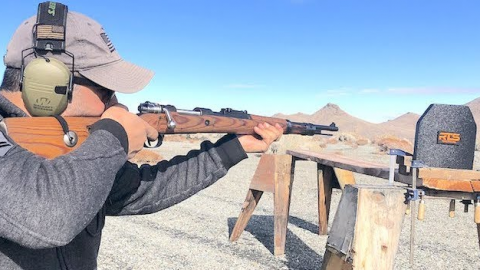 This is probably one of the most entertaining videos we’ve come across in a while and mostly because the cameraman somehow deserves an award for being witty and hilarious. The title basically says it all, they’re trying out the Karabiner 98 kurz and how it would fare against a modern body armor. And the result? We won’t spoil it for you, check it out below.

The Karabiner 98 kurz became the standard service rifle of the German armed forces in June 1935. It remained their primary service rifle until the end of World War II. Over 14 million of these weapons were built.