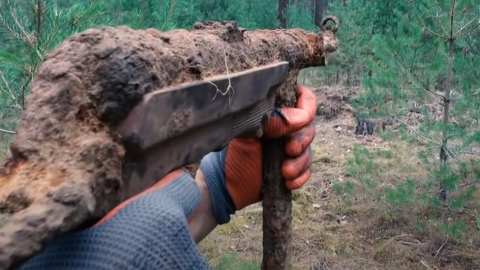 A Piece of History

The MP 40 submachine gun was used extensively during World War II by the Axis powers – particularly the infantrymen and paratroopers stationed on the Eastern and Western Fronts. Firing at a rate of 500 rounds per minute, it became popular even after WWII because of its advanced and modern features.

It evolved out of the MP 38 which was known for its misfiring problems. The issues were addressed and thus it became the MP 40. From 1940 to 1945, over a million MP 40 guns were produced. The Allies often called it the “Schmeisser” after the German weapon developer Hugo Schmeisser who designed the first mass-produced submachine gun, the MP 18.