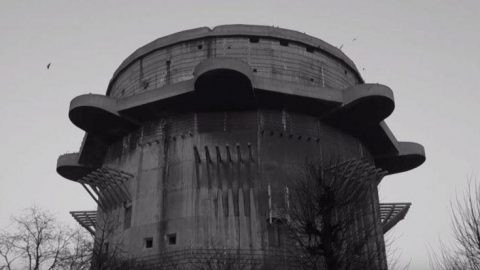 After Germany was bombed by an Allied attack in 1940 Hitler began to take precautions to defend against another strike. Always the perfectionist, Adolf Hitler’s vision turned into massive fortifications looming over German cities. Even seven decades after the end of World War II these behemoths still stand unable to be destroyed by even modern demolition, they are German’s Flak Towers. 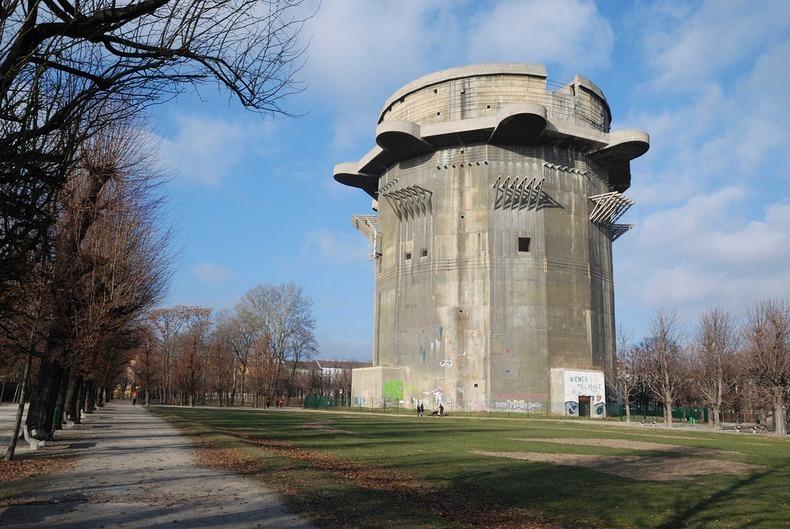 Eight Flak towers were built in total, three in Berlin, two in Hamburg and three in Vienna. The average construction time of each tower was around six months and they required so much reinforced concrete that railroad building operations to complete them. 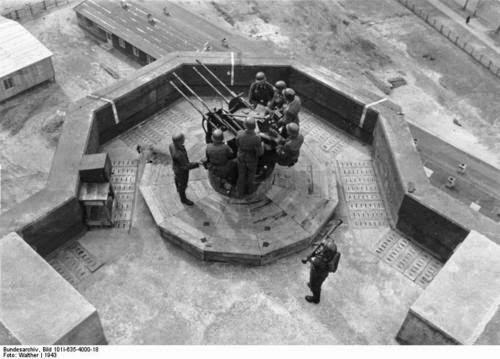 On top of these towers were powerful anti-aircraft weaponry that could have a clear view of attacking hostile bombers. The top three floors of the Flak Tower were used for military operations, providing housing to troops and operating radar to detect approaching planes.

Building such powerful towers just for military purposes was actually a bad investment and the majority of levels were available for civilian use. The lower levels provided air raid shelters, a fully functional hospital, production facilities, and an air conditioning unit. The fortifications of Flak Towers proved to be so durable that artifacts from Germany’s most prominent museums were moved to them including the Ancient Egyptian statue of Nefertiti. 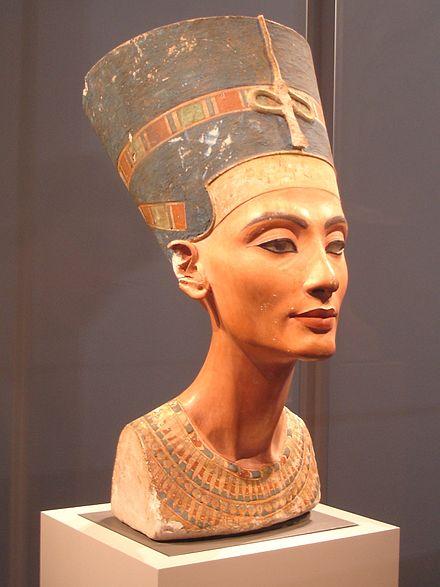 During Russia’s assault on Berlin, the Flak Towers help up to 30,000 civilians for protection. They were so well fortified that they were among some of the last structures to surrender to the Russians.

After the fall of The Third Reich, the Flak Towers were ordered to be destroyed to avoid preserving Nazi Militarism, but most attempts to demolish them failed due to their incredible defensive power. Military History Visualized took a visit to a Flak Tower to demonstrate insight into these powerful weapons.