Large RC 747 Slams Into The Ground 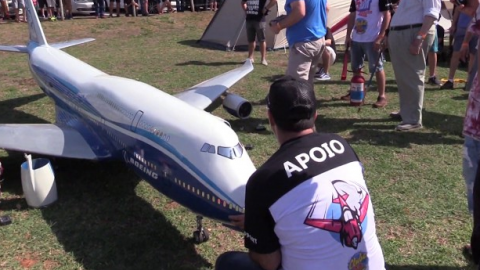 Think about the amount of time and money spent into making this RC 747 which was powered by four KingTech K140 turbines. First off, it looks unbelievably real and we can’t even imagine how expensive this is.

It appeared at the 2019 AvaFest in Brazil but unfortunately during its demo flight, one of its wings broke off and the massive RC 747 crashed and slammed into the ground. You could hear the crowd’s collective disappointment at having such splendid-looking RC end up getting destroyed.

Good thing though that no one was hurt – neither the crowd nor the sheep – especially considering its size.