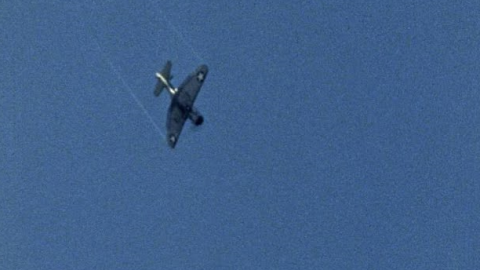 Norman Jack “Dusty” Kleiss was a dive bomber pilot during the World War II and he’s famous for fighting the Battle of Midway which turned the tide of WWII. The Japanese didn’t see it coming and were totally unaware as Kleiss bombed two of their aircraft carriers. He fatally crippled Hiryu after he scored a direct hit on the bow. He’s one of the few pilots who scored multiple hits on a Japanese carrier in just a single day.

Kleiss recalled, “I didn’t aim directly to hit the ship, but aimed for where the ship was going to be as it continued that turn.”

It wouldn’t be his only successful strike as he also helped take down the Japanese cruiser Mikuma.