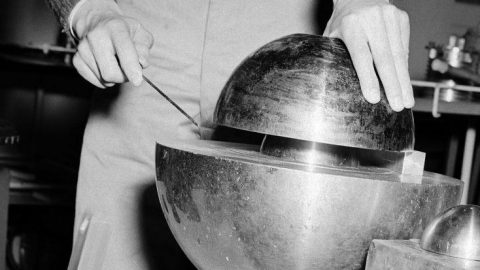 The atomic bombs dropped on Hiroshima and Nagasaki are largely attributed to aiding to the unconditional surrender of Imperial Japan in World War II. However, if the Japanese did not surrender the United States was prepared to launch another atomic bomb. The plans were scrapped but they still had the remaining materials for another bomb, so what became of it? 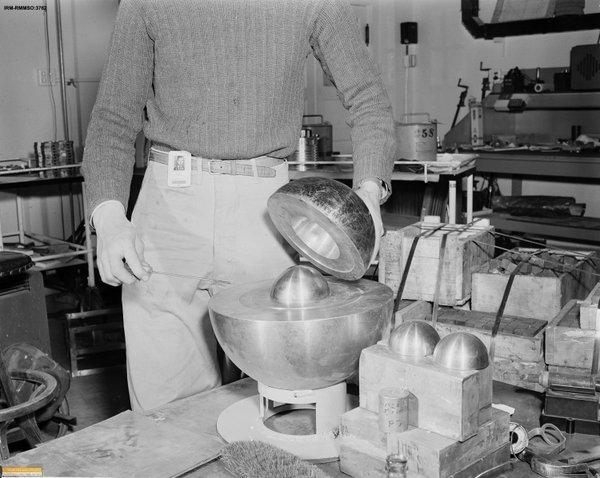 The atomic bombs were created from a nuclear core made of Plutonium, which is among the most radioactive substances on Earth. The plutonium core weighed 14-lbs and was 3.5 inches in diameter, it was held inside metal shields to prevent it from reaching a critical mass and emitting radiation.

The third core remained at Los Alamos to be studied due to the Japanese surrender so it was never weaponized. In August of 1945, one of the researchers examining the plutonium was a man named Harry Daglian was creating a mechanism to allow the core to require less material in order to reach critical mass. However, during the construction of this crude device, he accidentally dropped a brick on the plutonium causing it to reach critical mass. Daglian was exposed to radiation and fell incredibly ill despite the health care provided to him and passed away 25 days after the incident.

Sadly that would not be the last life taken by the device now labeled The Demon Core. The next year another researcher named Louis Slotin was working on the very same plutonium core in an attempt to create a fission reaction using two spheres made of beryllium. While separating the sphere with a screwdriver one of them slipped, hitting the plutonium. A blue flash erupted throughout the room as the core hit critical mass exposing Slotin to a lethal dose of radiation. Over the course of the next week, his body began to decay as the suffered a slow tormented death nine days later.

The Demon Core had taken another life as scientists began to learn the deadly effects of plutonium. After these incidents, the US Government began to take more precautionary measures while studying radiation to ensure no one else suffers their fate.