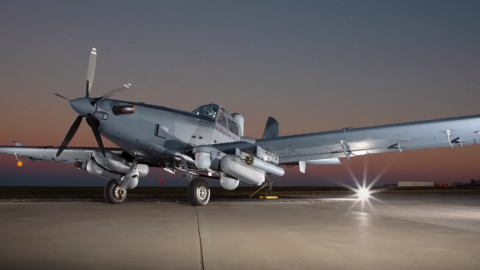 Looks like the US has a new aircraft to play around with. Just this August 1, the US Special Operations Command is expected to purchase 75 new AT-802U Sky Wardens.

SOCOM is hoping the Sky Warden could fix their need for a deployable and sustainable single-ending fixed-wing aircraft. It would primarily be used in ISR missions and will probably replace the aging U-28A Draco from service.

The AT-802U has great survivability. It has ballistic glass windshields and windows, armor-reinforced cockpits, and self-sealing fuel lines and tanks. In terms of its loadout, the Sky Warden will not disappoint you. It is capable of holding 8,000 lbs of payload which includes APKWS rockets, GBU-12s, AGM-114s, and AGM-176s. To add to that, it also has new data displays with touchscreen integration.

The production is expected to begin in 2023 in Tulsa, Oklahoma. Learn more about its specifications and capabilities from the video below.