5 Facts About The Ramstein Airshow Disaster 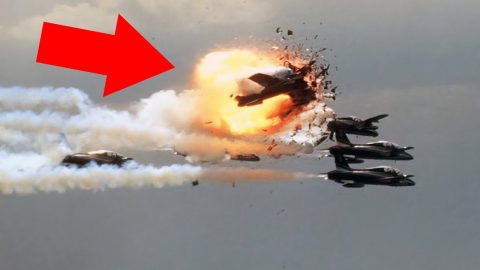 The MB-339 jets of the Frecce Tricolori were performing the “pierced heart” formation. Two groups were used to create a heart shape while one MB-339 was to fly in and “pierce” the heart.

The collision happened when the two groups passed each other while the lone MB-339 hit them. Investigations showed that the lone aircraft came in too low and too fast at the crossing point.

In total, around 500 people were injured while 67 spectators died. Most of those who died were hit by debris while some were due to severe burns. All three pilots involved in the accident died.

The US military didn’t allow German ambulances immediately. Meanwhile, the rescue coordination center didn’t even know the scale of the disaster. It even got to the point where a non-German-speaking civilian drove a bus full of patients to a hospital 80km away!

5. Rammstein Was Named After This – kind of..

The famous German band named themselves after this catastrophe – misspelling aside. In an MTV interview, the band said it was also a reference to their self-titled song, “Rammstein”.