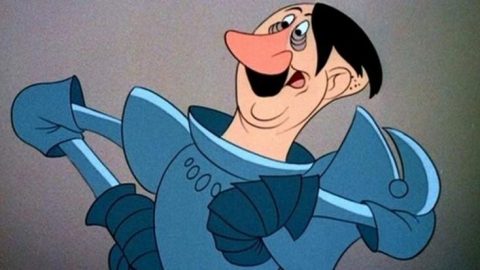 When you think of Walt Disney Animation Studios, what usually comes to mind are funny animals and elegant princesses. A lot of people are shocked to hear that the family-friendly animation studio once produced anti-Nazi propaganda films.

One of the most notable traits about Walt Disney was his patriotism. He had a great love for his country and wanted to support war efforts in any way possible. During the early days of World War II, Disney Studios designed over 1,400 insignias for military units and allowed the U.S. Army to use studio space for troops.

Walt Disney Studios delayed production on their feature films when they entered a contract with the United States Government and Lockheed in favor of creating training films, public service announcements and anti-Nazi propaganda.

“Education for Death: The Making of the Nazi” was one of the 32 films Disney Studios produced during World War II. Based on the book “Education for Death” by Gregor Ziemer, the cartoon depicts the harsh reality forced on the German people by the Reich. It touches on topics from the Aryan race, euthanizing the unhealthy, book burnings and Hitler Youth. The film maintains this bleak tone except for a short segment in the middle where it pokes fun at Hitler’s distortion of reality. This seems more befitting of a Disney cartoon. Then it returns to propaganda visuals.

These wartime films actually helped Walt Disney Studios create a stable income source and avoid declaring bankruptcy during a time when their feature films were receiving a low box office turnout. As it turns out, Lockheed saved Walt Disney Studios and enabled it to become the entertainment empire it is today.