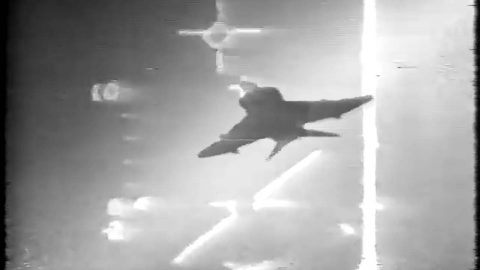 An illogical decision made by a 25-year-old pilot during a military exercise ended the service of a fellow pilot due to injuries.

Timothy Dorsey, an F-14 pilot, was part of a flight exercise over the Mediterranean on September 22, 1987. The exercise should have gone like this:

It went smoothly until the third step when Dorsey somehow thought it was a good idea to release his F-14’s actual sidewinder missiles instead. The Phantom burst into flames as the pilot and co-pilot bailed out.

Both survived but the F-4’s pilot, Capt. Michael Ross suffered greatly from a spine injury. He had 32 injuries and became fully disabled later.

As for Dorsey, he was allowed to stay in the Navy and became a captain, then an inspector general. He thought he was going to get promoted to admiral in 2012 but the Congress heard about the incident and refused to vote on his promotion.

Watch the HUD footage in the video below.