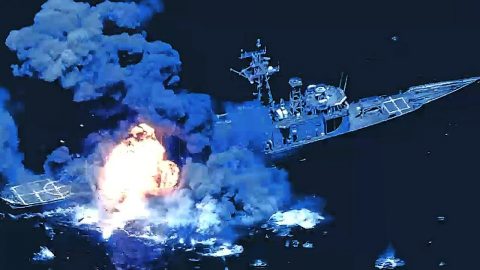 The exercises done near the coast of Hawaii were attended by twenty-six nations and ran from July 29 to August 4. This included 38 ships, four submarines, more than 170 planes, and 25,000 personnel.

At the exercise, military forces from Canada, Australia, Malaysia, and the US fired at and sunk the decommissioned USS Rodney M. Davis (FFG 60). The vessel was an OHP-class frigate that weighed 4,100 tons and measured 453ft in length.

During the exercise, the 1,850-ton, 321-ft-long KD Lekir of the Royal Malaysian Navy fired an Exocet MM40 missile at the USS Davis. This marked the first time a Malaysian Navy ship launched a missile outside of Malaysian waters.