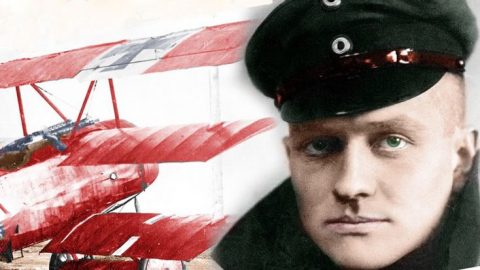 When the average person hears the name Manfred von Richthofen they are usually clueless about who he was. However, when you say his more common title The Red Baron that starts to ring a bell with the common man. People know of him but even fewer people know who killed him and that question may be answered.

Aside from being Snoopy’s main rival, there is no doubt that the Red Baron is the most famous or infamous pilot the world has ever known. During World War I aviation was barely out of its infancy and learning to crawl into aerial combat. Manfred von Richthofen joined the armed forces of Germany on both the East and Western fronts. He was not satisfied with merely being an errand boy, he wanted to serve his country by fighting.

“I have not gone to war in order to collect cheese and eggs but for another purpose.”

Richthofen found that opportunity through an encounter with Oswald Boelcke who took him under his wing and gave him the chance to fly fighter planes for Germany. He was off to a rough start but eventually became proficient as a fighter pilot earning enough victories to be named the leader of his own flight group which would come to be known as the Flying Circus.

By this time had painted his signature Fokker Dr. I triplane a bright red and his family ancestry of nobility complimented him with his legendary nickname, the Red Baron. He went on to gain over 80 aerial victories and even enemies of Germany respected his abilities as a pilot.

He met his end in 1918 in a rather unspectacular fashion after taking a single bullet during a dogfight. He managed to land his plane, stumble out of the plane and died shortly after. The Ace of Aces expected to go down in a blaze of glory but still went down in history as the most infamous fighter pilot of them all.

However, some new evidence backs up the claim that man who killed the Red Baron was actually an Australian soldier. The fuel tank from his plane was recovered and has since been sitting in the Australian National Aviation Museum, which may give credibility to this theory.

“When you consider the amount of booty which would have been available, why would the Australian soldiers bring something this large?

The theory is still being investigated by experts to see it does hold credibility. The Great War takes a look at the life of Red Baron in this short video.