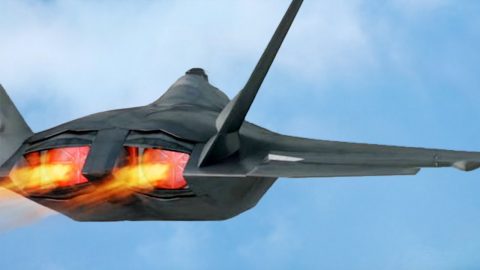 The NGAD is designated to design the sixth generation of fighters. Their goal is to invent a “family of systems” that will continue US air superiority in the coming decades.

A Raptor was seen with a metallic-like coating as it took off from Nellis Air Force Base. The new coating is meant to reduce its radar signature further and make way for advanced infrared sensors.

There is still no official statement regarding the new pods on the F-22’s wings. However, the planned IRST upgrade might mean that these are IRST sensors that are immune to electronic warfare and can detect enemies from miles away.

The new tanks aim to solve one of the Raptor’s weaknesses – its range. Its low drag design makes it a suitable choice for the F-22.

A post from Mark Kelly’s Instagram hints at a new missile that’s never been seen before. The popular guess is the AIM-260 which can fit into the AIM-120’s slot.