The Most Reckless Pilots. Lowest Flights You’ve Never Seen Before 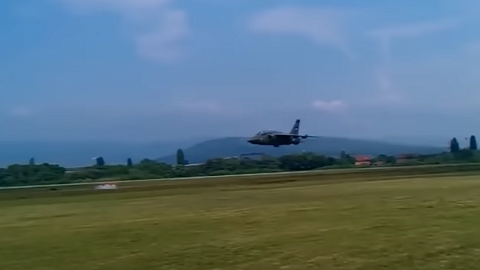 The SU-24 on the first clip came awfully close to the plane on the tarmac. The jury’s still out on that one since there was a camera pointed to it. Maybe the pilot just wanted to show off?

In another clip, a guy somehow got into the runway and came close to getting hit by the plane’s wings. That’s not the pilot’s fault at all, that’s just Darwinism in action.

As an added bonus, Ray Hanna was also seen doing a low flyby in front of a camera. The crew was shooting the 60th anniversary of the Spitfire and Hanna wanted to remind everyone how amazing this plane was by flying over the host’s head.

No matter what the verdict is, you have to admit – these low passes gave you goosebumps!