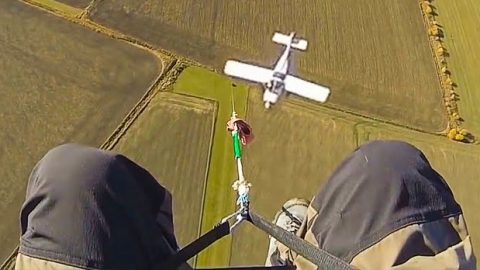 Another nail-biting clip has emerged, this time as a close encounter between a paraglider on a winch rope and a plane. The paraglider goes up in the air, and within just  a minute or so, a plane just misses his rope. This happened in Sweden and went under investigation.

It’s possible that if the plane had hit the rope, it could have been absolutely disastrous for everyone inside. There are many possibilities of what could have been done before the plane approached, but in the moment and because it happened so quick, it’s sometimes hard to make a critical decision.

However, since nothing major happened at all, this incident was nothing more than a close call.