Pilot Lands Before The Runway 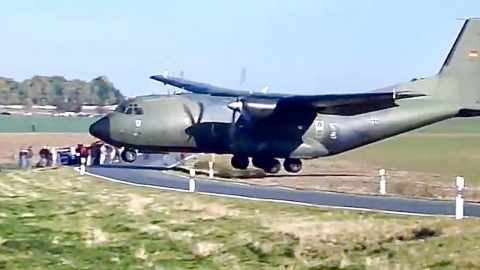 Spectators were celebrating the final flight of this Transall C-160 before its official retirement in 2012. Unbeknownst to them, the cargo plane would touch down on the same road they were on before bouncing onto the runway.

According to its pilot, Jasmin Kirsch, the crew couldn’t make out the start of the runway from the cockpit. This chilling photograph shows how close the C-160 was to a spectator.

Though horrifying, especially to those close to the aircraft, no one was struck or injured by the mishap.

Regardless, the main problem was not the plane but the absence of barriers. In fact, even the police were surprised at how few and ineffective the metal barriers and cones were on the road.