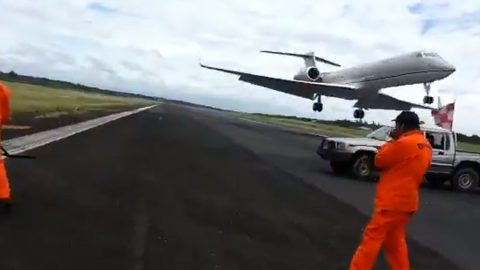 These airport workers were trying to patch up the runway when a massive aircraft decided to ruin the party. Fortunately, everyone was okay and the rogue plane landed safely.

The video was already five years old before it became viral. The president of the Dirección Nacional de Aeronáutica Civil (DINAC) released a statement about the video. He said that the pilots of the jet knew that there were men working on the runway. He later added that there was always constant work on the airport’s runway.

The airport was known for having poorly constructed and maintained runways. Since it’s been quite a while, there were no reported sanctions given to the pilot or to the company about this accident.