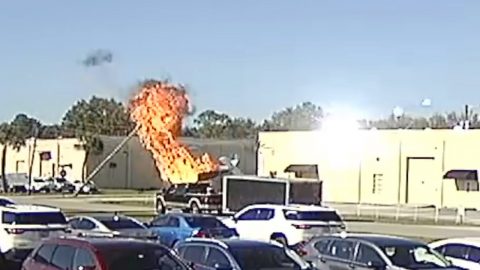 Caught In The Line

Tampa International Airport was alerted about an aircraft’s in-flight engine failure around 1 PM on December 18, 2020.

“We’ve got an engine failure. We’re gonna try and make it.”

The pilot asked to make an emergency landing but did not get to the airfield in time. While on its way, the Piper Cherokee clipped a power pole and power lines and exploded on impact. It then spun counter-clockwise and abruptly fell to the ground upright.

A man by the name of Jorge Lugo ran to the scene and dragged a badly-injured passenger away from the burning plane.

Miraculously, all three passengers – ages 58, 24, and 23 – only sustained injuries. However, they suffered second to third-degree burns, while two had broken bones. Nevertheless, that’s the best outcome you could ever hope for in a crash that looked as devastating as this one.